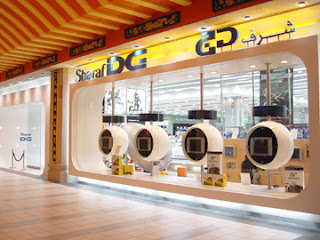 Sharaf DG, the consumer electronics trading company of Sharaf Group, said it has opened the country's biggest electronics retail store in Dubai and wants to open outlets in other Gulf countries.
The store on Shaikh Zayed Road has 100,000 square feet of retail space, group vice chairman Sharafuddin Sharaf said. He said the store houses goods worth Dh70 million and 300 brands are represented.
Sharaf DG is expanding to benefit from a regional retail boom supported by tourism growth.
It currently operates three electronics retail outlets in Dubai, two of which were launched this month.
"The consumer electronics market is going to grow in proportion to increase in tourism," Sharaf said, adding that he expects average 5,000 customers daily to its biggest store, located in the group's new Times Square shopping mall.
The Sharaf DG store also has an exclusive zone managed by female staff for women customers.
The company plans to open stores in other emirates and will have presence in at least three locations in the GCC within two years, Sharaf said.
Discussions are on to open an outlet in Bahrain.
Sharaf expects the local retail growth to sustain "big box" retail stores.
About 25,000 electronics items are being sold at the store. "We will ensure that any legally available product in the UAE is made available and delivered to our consumers," said Nilesh Khalkho, head of merchandising at Sharaf DG. Source

Email ThisBlogThis!Share to TwitterShare to FacebookShare to Pinterest
Labels: Stores

Thank you for good info.