Mall Of The Emirates To Give Away AED 1.3 Million In Prizes During Dubai Shopping Festival 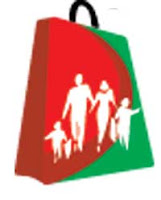 Mall of the Emirates, the world’s first shopping resort, is set to take visitors by storm during the Dubai Shopping Festival with free entertainment from around the world on show every day and prizes worth AED 1.3 million to be won by lucky mall-goers.

Shoppers who spend AED350 during the month-long festival will be entered into a draw where they can win AED 10,000 in gift vouchers daily, in addition to being entered into the final draw which will make one shopper a millionaire overnight with the astonishing grand prize of AED 1 million. As well as this major sales promotion, bargain hunters will be in for a treat as individual retailers will have their own promotions with up to 75 per cent discount on their products.


Mall of the Emirates, a member of MAF Shopping Malls which is a key sponsor of DSF 2008, will also host world-class entertainment from different regions of the globe including India, the Far East, Africa, the Americas, Europe and the Middle East as part of its central theme of “The World of Entertainment”.

The fun begins during the first week of DSF with ‘America’ which features steel-pan band ‘solid steel’ playing a blend of Calypso, Samba, Reggae and Pop inspired by the sounds of the Carribean Islands. ‘India’ will follow in the second week as the Mall hosts the ‘Bollywood Dreams’ dancers from Andrew Lloyd Webber’s London West-End musical of the same name. The Anglo-Indian performers, with backgrounds in shows as diverse as Copacabana, Saturday Night Fever and Swan Lake will enthral guests with their bright and colourful Bollywood-style dance act.

Mall-goers will get a free tour of ‘Europe’ during the third week of DSF as Slovakia’s ‘Extravadanza’ light up the Mall with three specially-made shows daily involving 30 beautiful dancers with more than 35 different styles and 600 spectacular costumes performing European dances such as the French Can-Can and traditional Irish and Slovakian dances. The entertainment will wrap up in the last week with ‘Africa’ featuring the vibrant jazz and gumboot dancing of ‘UMOJA: The Spirit of Togetherness’ and Kenyan circus performer Kaniki’s gravity-defying act “Limbo Dancing, Kenya Style”.

Fuad Sharaf, Vice-President of Mall of the Emirates, said: “We have really gone all out for the Dubai Shopping Festival this year. The entertainment on show is absolutely top-class and the sales promotions and discounts offered by the Mall and its retailers will attract shoppers from all over the region. Where else can you take advantage of huge discounts, watch free quality entertainment and have the chance of winning one million dirhams?”

He continued: “We will be working with the DSF office once again to ensure that we have a successful festival and surpass last year’s records to maintain our reputation as the leading mall in the region.” Source

Email ThisBlogThis!Share to TwitterShare to FacebookShare to Pinterest
Labels: DSF, Mall of The Emirates